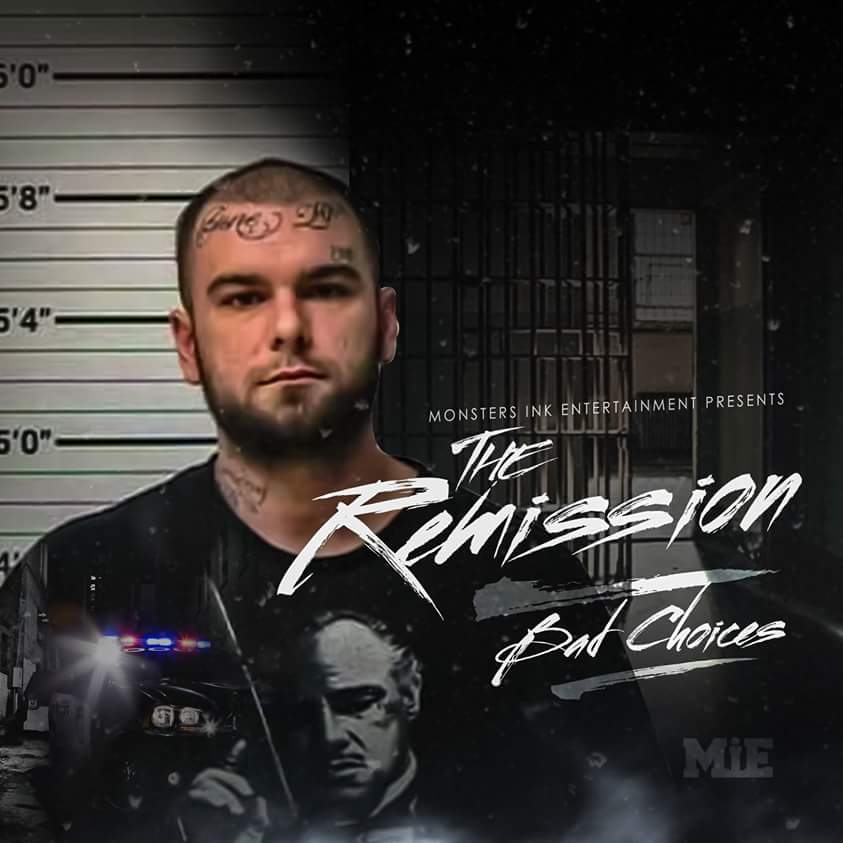 The Remission just released and I was excited to get the message. This guys been on my radar since he dropped his first feature on Ominous the Monsters last full album. He wasn’t bad coming out the gate, but his skill has just multiplied in the short time. 2 tracks on to his album and he is running paces around his own hooks. Not one to mince words, choices is clear cut about his life and Intentions. He is down for his and takes no guff and needs no explanations. Respect that. If you have followed him, you are already familiar with a few tracks, but there is a ton of beef in this supreme. With the full support and backing of his Monsters Ink Entertainment crew, Bad Choices has a solid first album. Goon Call fts  Ominous the Monster, who brought the fire. Pissed and Drink fts Knowledge the Wise. Struggle Addicts fts Tony Dent. Great features and some of my favorite tracks. Bad Choices. Check out this album and let me hear your opinions. The Remission is also available for download on iTunes and google play.

Listen to Intro by Bad Choices #np on #SoundCloud

Click the image to go purchase Ominous the Monster ‘Beautiful Sin’ from Amazon and support a local Artist.

We are a particapant in the Amazon Services LLC Associates Program, an affiliate advertising program designed to provide a means for us to earn fees by linking to amazon.com and affliated sites.